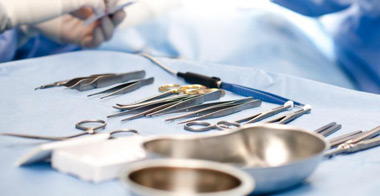 The family of John McNeive, who died in August 2005, four months after he was diagnosed with cancer of the mouth, today settled their High Court action for against the HSE for €102,000. Liability was admitted in the case.

The action for mental distress was brought on behalf of the family by Mr McNeive's widow Eileen of Logalisheen, Ballindine, Co Mayo. Mr McNeive had been referred to both UCGH in April 2003 after attending his GP with a headache.

He underwent a number of tests both there and at Beaumont Hospital in Dublin. However despite the concerns of his wife, family and GP it was not until April 2005 that a biopsy revealed that he had extensive cancer. By then the cancer had spread to his spleen and he died on August 13 of that year.

Today in a statement read before Mr Justice John Quirke at the High Court Patrick Hanratty SC for the HSE said that his clients "acknowledged that there was a delay in the diagnosis of Mr McNeive". Counsel said that the HSE wishes to apologise to the family of Mr. McNeive for what occurred, and for all the hurt and distress caused to the them.

"The HSE acknowledges that his family could have done no more to help him," added counsel. Eoin McCullough SC for the family said that the family were happy with the settlement.

In approving the settlement Mr Justice Quirke offered the sympathies of the court to the McNeive family for what was "a very distressing matter."