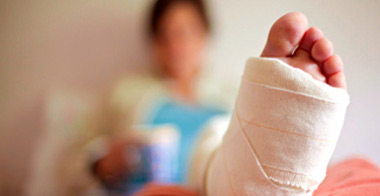 A hospital has apologised at the High Court over the quality of care given to a man who went in for an angiogram and later had to have his right leg amputated.

The unreserved apology, from Letterkenny University Hospital, Donegal, was read to the High Court on Friday under a settlement of the action by Hugh McElroy (77) against the HSE. The other terms of settlement are confidential.

In the letter read by Hugh Mohan SC, for the HSE, the hospital apologised unreservedly for the quality of care which Mr McElroy received around the time of his angiogram in late 2014. That care “fell below an acceptable standard”, it said.

“While we at Letterkenny University Hospital strive to deliver a service of the highest quality, I acknowledge and recognise that the care afforded to you at our hospital in 2014/2015 was not to a standard which we would have hoped or expected,” the letter from General Manager Sean Murphy said.

“I wish to apologise unreservedly for the quality of care which you received which fell below an acceptable standard. I also acknowledge the devastating impact this has had on your life.”

The letter added it was recognised nothing any of the hospital team can say could in any way make up for the impact on Mr McElroy’s quality of life and that of his family.

Mr McElroy, a retired construction worker, of Meenagowna, Burtonport, Co Donegal had sued the HSE over the care he received at the Letterkenny hospital in September 2014 when he went there for an angiogram, a procedure where a tube is inserted into the groin and threaded up to the heart to check the blood vessels.

He was transferred to another hospital to have a stent inserted but two weeks later he attended with a GP complaining of swollen ankles and was prescribed antibiotics.

In the first week of October 2014, Mr McElroy developed groin hematoma in or around the site where the angiogram had been inserted and was in severe pain when readmitted to Letterkenny Hospital.

During a period in which he was transferred to another hospital, it was claimed he required treatment for multiple infection as well as multiple surgeries and his right leg was amputated on September 29th, 2015.

It was claimed there was failure to provide an acceptable standard of care to Mr McElroy and his condition was allowed to deteriorate while an inpatient at Letterkenny Hospital.